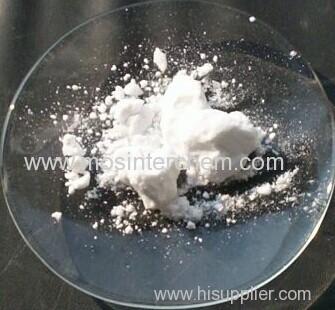 trisodium phosphate (tsp) is the inorganic compound with the formula na3po4. it is a white, granular or crystalline solid, highly soluble in water producing an alkaline solution. tsps are used as cleaning agent, lubricant, food additive, stain remover and degreaser.

the item of commerce is often partially hydrated and may range from anhydrous na3po4, to the dodecahydrate, na3po4•12 H2O. most often found in white powder form, it can also be called trisodium orthophosphate or simply sodium phosphate. trisodium phosphate was at one time extensively used in formulations for a wide variety of consumer grade soaps and detergents, but ecological problems have largely ended that practice, at least in the western world. substitutes are not as effective.

the major use for trisodium phosphate is in cleaning agents. the ph of a 1% solution is 12, and the solution is sufficiently alkaline to saponify grease and oils. in combination with surfactants, TSP is an excellent agent for cleaning everything from laundry to concrete driveways. this versatility and low manufacturing price, made TSP the basis for a plethora of cleaning products sold in the mid-20th century. TSP is still sold, and used, as a cleaning agent, but during the late 1960s its use has diminished owing to government regulations (see below).

TSP is commonly used after cleaning with mineral spirits in order to remove hydrocarbon residues. TSP may be used with household chlorine bleach in the same solution without hazardous reactions. this mixture is particularly good for removing mildew, but is ineffective at permanently removing mold.

although it is still the active ingredient in some toilet bowl cleaning tablets, TSP is generally not good for cleaning bathrooms, because it can stain metal and can damage grout.

with the formula na3po4. ¼ naocl. 11 H2O, the material called chlorinated trisodium phosphate is used as a disinfectant and bleach, like sodium hypochlorite. it is prepared using naocl in place of some of the base to neutralize phosphoric acid.

in theu. s. , trisodium phosphate is an approved flux for use in hard soldering joints in medical grade copper plumbing. the flux is applied as a concentrated water solution and dissolves copper oxides at the temperature used in copper brazing. residues are water soluble and can be rinsed out before plumbing is put into service.

TSP is used as an ingredient in fluxes designed to deoxygenate nonferrous metals for casting. it can be used in ceramic production to lower the flow point of glazes.

trisodium phosphate has gained a following as a nutritional supplement that can improve certain parameters of exercise performance. the basis of this belief is the fact that phosphate is required for the energy-producing krebs cycle central to aerobic metabolism. phosphates are available from a number of other sources that are much milder than TSP. while TSP is not toxic per se, it is severely irritating to gastric mucosa unless used as part of a buffered solution.