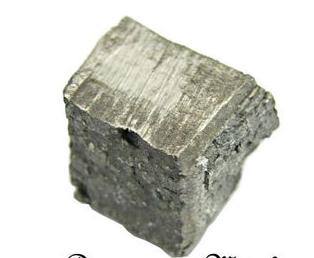 dysprosium is a chemical element with the symbol dy and atomic number 66. it is a rare earth element with a metallic silver luster. dysprosium is never found in nature as a free element, though it is found in various minerals, such as xenotime. naturally occurring dysprosium is composed of 7isotopes, the most abundant of which is 164dy.

dysprosium was first identified in 1886 by paul émile lecoq de boisbaudran, but was not isolated in pure form until the development of ion exchangetechniques in the 1950s. dysprosium is used for its high thermal neutron absorption cross-section in making control rods in nuclear reactors, for its high magnetic susceptibility in data storage applications, and as a component of terfenol-d. soluble dysprosium salts are mildly toxic, while the insoluble salts are considered non-toxic.

dysprosium is quite electropositive and reacts slowly with cold water and quite quickly with hot water to form dysprosium hydroxide:

dysprosium metal vigorously reacts with all the halogens at above 200 °c:

dysprosium is used, in conjunction with vanadium and other elements, in making laser materials and commercial lighting. because of dysprosium's high thermal neutron absorption cross-section, dysprosium oxide-nickel cermets are used in neutron-absorbing control rods in nuclear reactors. dysprosium-cadmium chalcogenides are sources of infrared radiation which is useful for studying chemical reactions. because dysprosium and its compounds are highly susceptible to magnetization, they are employed in various data storage applications, such as in hard disks.

dysprosium is one of the components of terfenol-d, along with iron and terbium. terfenol-d has the highest room-temperature magnetostriction of any known material; this property is employed in transducers, wide-band mechanical resonators, and high-precision liquid fuel injectors. 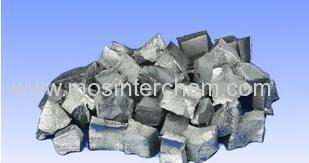